The 6 Safest Neighborhoods in Brooklyn

Are you planning to move to New York City and are looking for the safest place? Or do you already live in the city and are scouting a new location to start a family? Safety is a top priority for many, and if you live in Brooklyn, finding a nice place in the safest areas in Brooklyn is probably equally important.

Brooklyn is located next to Manhattan, so commuting is relatively short if you work in Manhattan but are looking for an apartment on a budget. Brooklyn is also a trendy destination because it’s more affordable compared to other parts of the city.

Based on the crime rates, specifically non-violent crimes, here are the safest neighborhoods in Brooklyn in 2022:

Prospect Heights is great for anyone on a budget, especially young professionals, students, and singles. Not only is it affordable, but the crime rate in Prospect Heights is also 71% lower than the national average, making it one of the safest neighborhoods in New York.

Prospect Heights has charming local boutiques and cozy coffee shops and restaurants. You can also enjoy the urban atmosphere because of its proximity to the Park Slope. 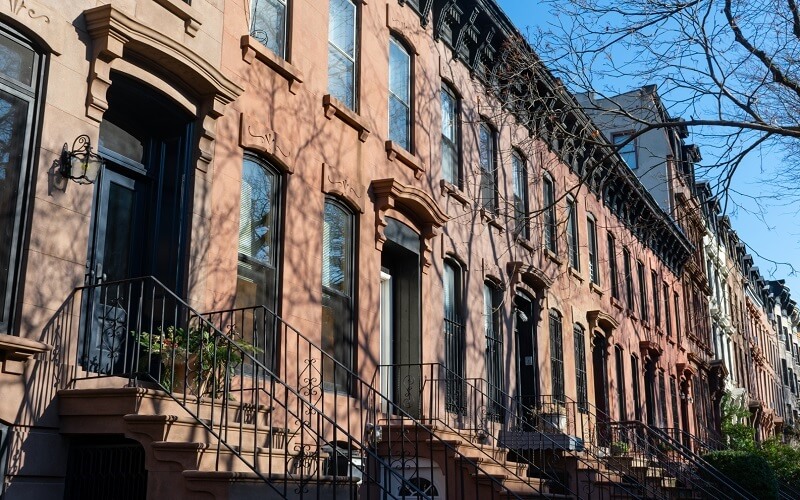 When it comes to finding the safest areas in Brooklyn, Bay Ridge is one of the safest neighborhoods with a rating of 5.9 non-violent crimes per 1000 residents.  Bay Ridge residents have access to mass transit and well-lit streets. This is a close-knit community filled with friendly people. It’s located near NYC’s Financial District, which makes for a short commute if you work in that area.  There are also ample entertainment, dining, and leisure venues.

In addition to its safe environment, Brooklyn Heights is known for its historic architecture, art galleries, and several churches located throughout the neighborhood. 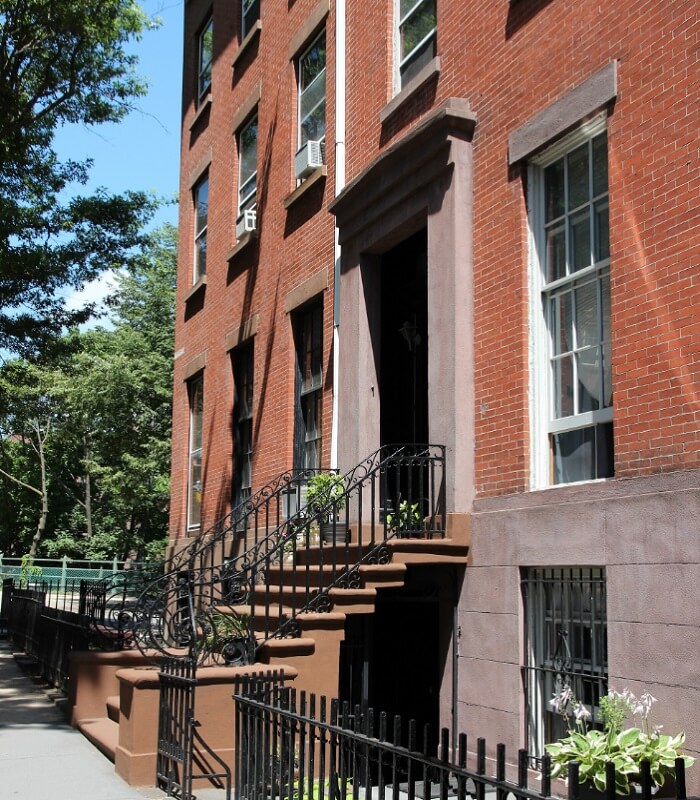 Williamsburg, or “Little Berlin,” has a   rate of 34 per 100,000 people and an incarceration rate of 305 per 100,000 people. Non-fatal assault includes offenses of bodily harm, wounding, inflicting grievous harm. When you talk about the safest neighborhoods in Brooklyn, Williamsburg is definitely on the list. It also has a vibrant nightlife and many contemporary art exhibits. It’s ethnically diverse, which makes it one of the most loved neighborhoods in Brooklyn. 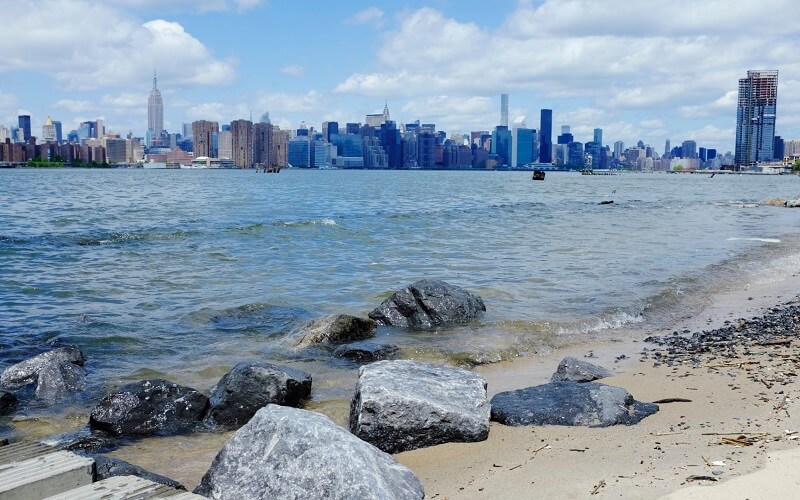 Park slope is also one of the safest neighborhoods in Brooklyn. On average, there are only 12 non-violent crimes committed per 1000 people. The neighborhood is well-kept and has friendly residents. Unlike the hustle and bustle of New York City, Park Slope has a very laid-back vibe.

You will find a little bit of everything in Park Slope; it’s known for places like Prospect Park Zoo, Washington Park, Prospect Park, American History Workshop, and the Old Stone House of Brooklyn. It also has equally entertaining nightlife. 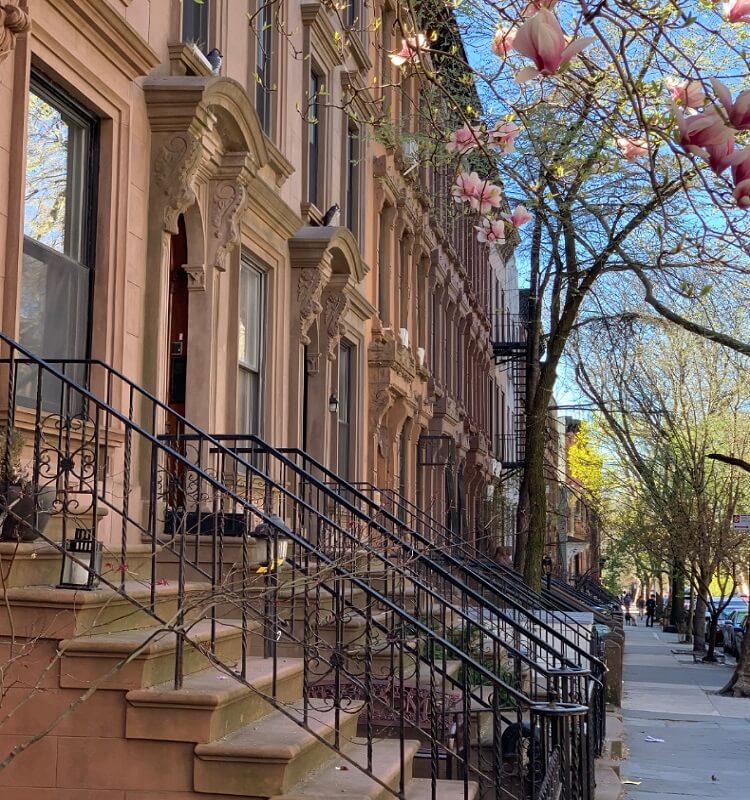 DUMBO stands for “Down Under the Manhattan Bridge Overpass.” Recently, many entrepreneurs have made DUMBO the headquarters of their home offices, which has quickly increased the neighborhood’s population. As the population grows, safety is not compromised. On average, there are 29 non-violent crimes per 1000 residents in this area each year. 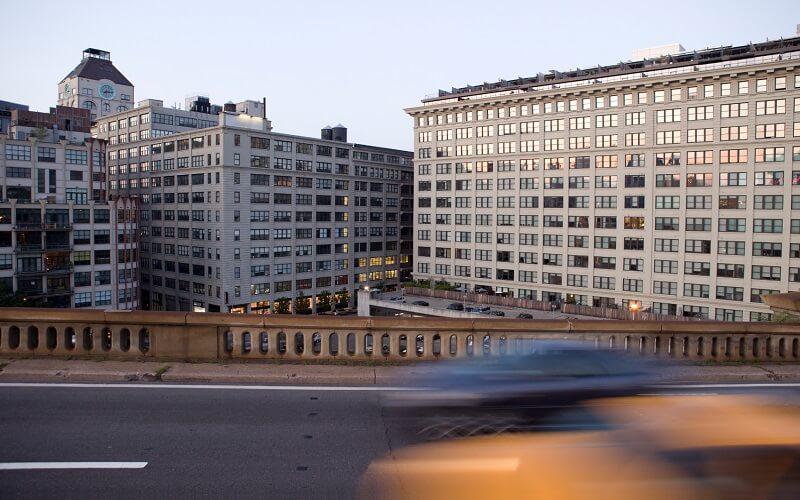 Why is it Important to Know the Safest Neighborhoods in Brooklyn?

Whether you are planning to start your business in Brooklyn or you choose to live there, you will likely want to ensure that you and your possessions will be as safe as possible. It becomes even more critical if you are moving with family or loved ones. The safest neighborhoods are the ones where you are not afraid to go out alone. Such places make great neighborhoods where you can exercise and children can play without you having to worry about their safety.

Which Neighborhoods to Avoid in Brooklyn

Most parts of Brooklyn are safe, but no city is 100% crime-free. With that in mind, be realistic when researching a neighborhood’s safety. When looking for the safest areas in Brooklyn, which was consistently considered to be the murder capital of New York City, look at neighborhoods located in the northwest part of the borough. One primary reason is that they are safer as most of the safe places in Brooklyn lie there. Another point to make here is areas that have undergone gentrification tend to be safer.

How to Determine if a Neighborhood is Safe

If you are moving to Brooklyn from another part of New York City, a different part of the state, or even the country, your peace of mind comes with becoming familiar with the area. This includes the borough itself, not just the neighborhood where you want to live.

Here are a Few Tips for Determining Whether Any Neighborhood is Safe:

2. Look at the Number of Available Rentals in the Area

This is another factor in figuring out the safest neighborhoods in Brooklyn. If the neighborhood is safe and has a low crime rate, it will likely have a low tenant turnover rate. People are less likely to leave apartments that are in areas that make them feel secure and safe. In addition, check the average length of time a rent lives in the area before moving out. This is also an essential indicator of the overall security of the neighborhood.

3. Visit the Area Before Making a Move

If you happen to be in the city, visit the apartment beforehand. Observe the surrounding neighborhoods as well. Doing so will help give you an overall sense of the environment and safety. Well-kept and maintained properties reflect the neighborhood’s residents take pride in maintaining their homes. There could be exceptions, but if you find a lot of unsightly apartments, that should be a red flag for that area.

4. Talk to the Locals

If you don’t live in or near Brooklyn, utilize social media platforms, especially Facebook, to get information about neighborhoods of interest. Join groups and ask questions about the neighborhood.  Some people even find it easier to share details online, so you end up getting more detailed information than you would have gotten in person.

6. Discuss the Neighborhood with a Real Estate Agent

If you have hired a real estate agent, ask them for information about your neighborhoods of interest. They will be highly familiar with the area and can give in-depth information. If you ask them to find you a house in one of the safest places in Brooklyn, they will undoubtedly find you one.  If you don’t have time or energy to spend searching the safest neighborhoods in Brooklyn, hire the services of a real estate agent.

Read Also: Most Interesting Facts About the Brooklyn Bridge

It might seem like a daunting task to find the safest neighborhood in Brooklyn, but if you follow the tips mentioned above and research accordingly, there is no reason for you not to find an apartment where you will feel safe.

Standard features of the safest neighborhood are well-kept homes, friendly neighbors, clean parks and public spaces, well-lit streets, a well-maintained transit system, and a general feeling of security in public areas. Along with a low crime rate, you are home if you find these features in any neighborhood.