Connecticut was established in 1788, making it one of the oldest states in the United States. The state has a rich history, and every city holds something historical. You are likely to enjoy all four seasons there. There are many outdoor recreational areas, from flowering meadows and sandy beaches to ski slopes and foliage-filled trails.

Connecticut is not a big state – it spans over 70 miles from north to south and 110 miles from east to west. With its thriving arts and cultural scene, acres of densely forested hiking trails, and stunning coastline, it earns a reputation as one of the most desirable states in the country. The only struggle you will have is choosing which of its many excellent towns, cities, and neighborhoods to live in. Whether you are thinking of packing your weekend for a few days of suburban splendor or you’re ready to make a move.

17 Best Places To Live In Connecticut

The median home value in Mansfield is just $233,100, a bargain compared to other Connecticut homes. In addition, Mansfield offers such as top-rated schools, family-orientated communities, a library, several parks, and outdoor green spaces. 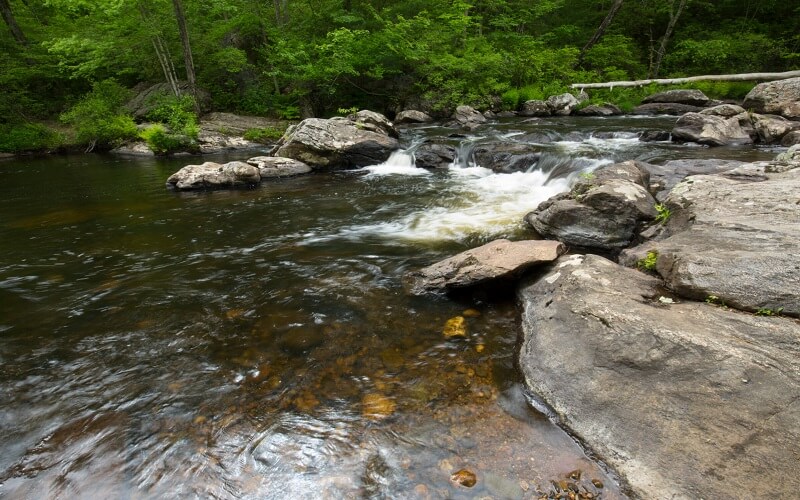 Ridgefield is a neighborhood in Fairfield County. It has a population of 25,137 residents and is more like a town despite its rural feel. Ridgefield offers residents the best of both worlds–the amenities of a small city with a quiet country.  It is also one of the safest neighborhoods in Connecticut. 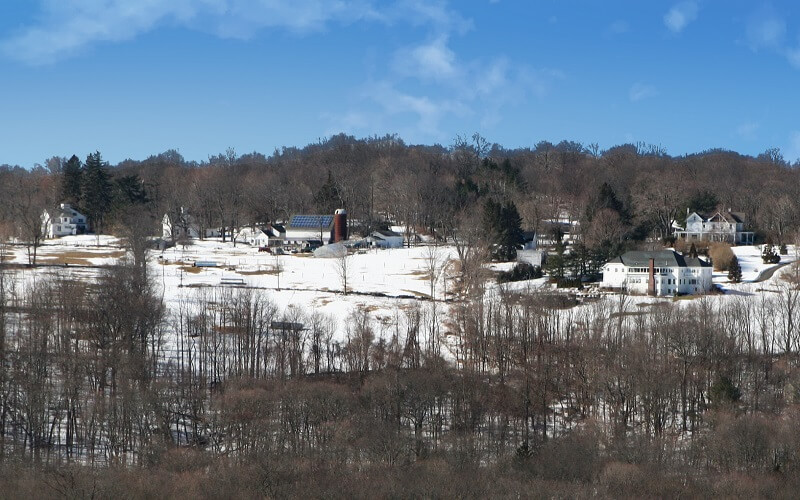 Another one of the best places to live in Connecticut in the city of Westport. If buying a 3-bedroom family house for a hefty price of around $1,152,100 brings a tear to your eye, you may need to think twice about buying a home in Westport. As with some of the other cities in Connecticut, Westport has a high cost of living. 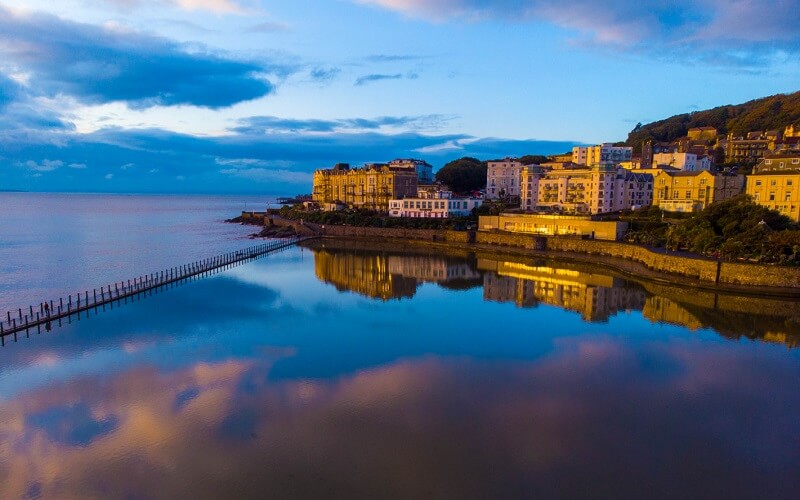 Just like New Caanan, Westport is classified as a suburb of New York City. The city boasts stellar schools, and the city is one of the cleanest in the state. You’ll also find that the neighbors are friendly, and there are bountiful job opportunities.

In fact, the job market is so strong, most earners can expect to make around $181,360 a year. In addition, there is a thriving community art and theatre scene, not to mention its proximity to NYC.  Westport offers all the convenience of NYC but with a laid-back vibe.

One of the best places to live in Connecticut is Simsbury. It lies on the outskirts of Connecticut’s state capital, Hartford. Simsbury is home to 23,844 people, and there are several neighborhoods in the area, most of which are classic New England-style homes. It’s fairly expensive to live here as the median home value in Simsbury is $383,092. So, be prepared to invest should you choose to call Simsbury home. 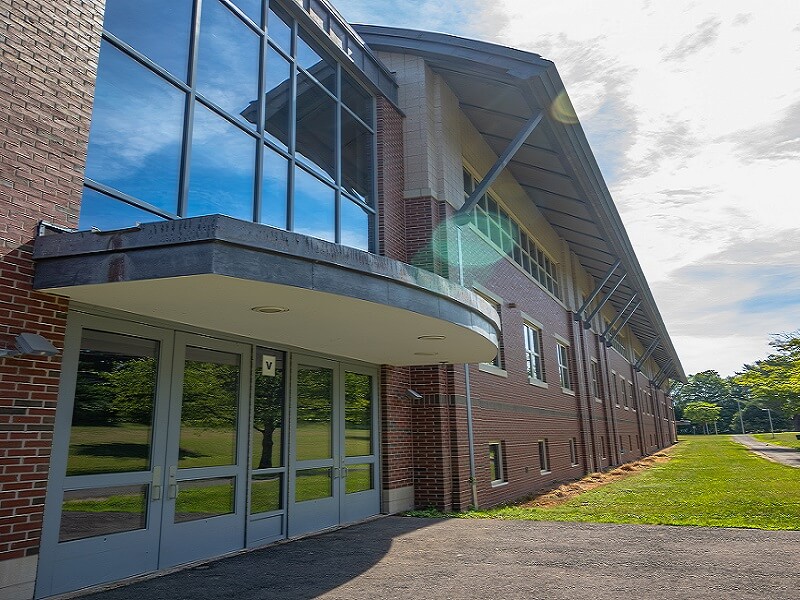 Darien is home to 21,392 residents. It also lies on Connecticut’s coast, close to NYC.  As a result, residents can enjoy an easy 50-minute commute to the city by New York’s public transit system. 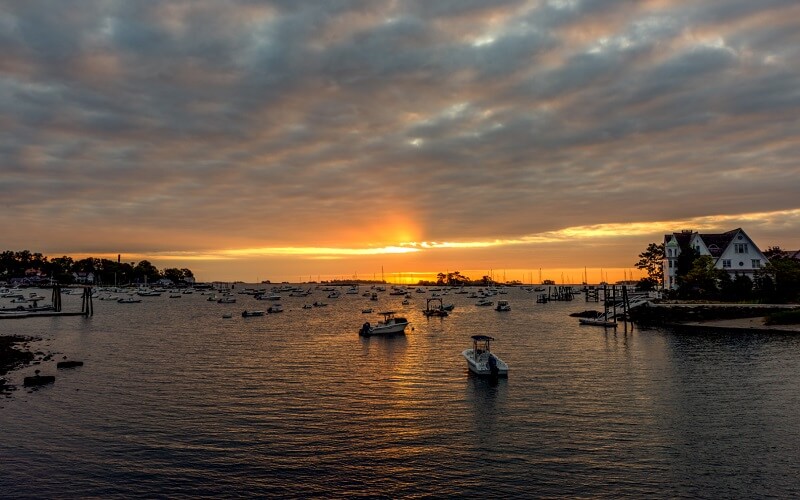 Despite being close, Darien is fairly removed from the hustle and bustle of the city, and it definitely has a small-town vibe. The biggest drawback lies in its hefty home price tags. The median home price in Darien is $1,279,900.

The homes in Darien are beautiful, and most are built in classic New England styles that include spacious gardens. But the best part is, it is a kind of lifestyle which can materialize your American dream, so to speak.

When it comes to the best towns in Connecticut, Riverside is also on the list. It’s a safe place to raise children, and the schools are among some of the highest-rated in the country. The average home value is $1,262,400, and the average median income is $193,194, which is one of the highest in the state.

Southport is also a small town; it only has 1,687 residents. But that does not hinder it from being one of the nicest towns in Connecticut. Southport has a healthy job market.  In fact, the median household income is $200,139. 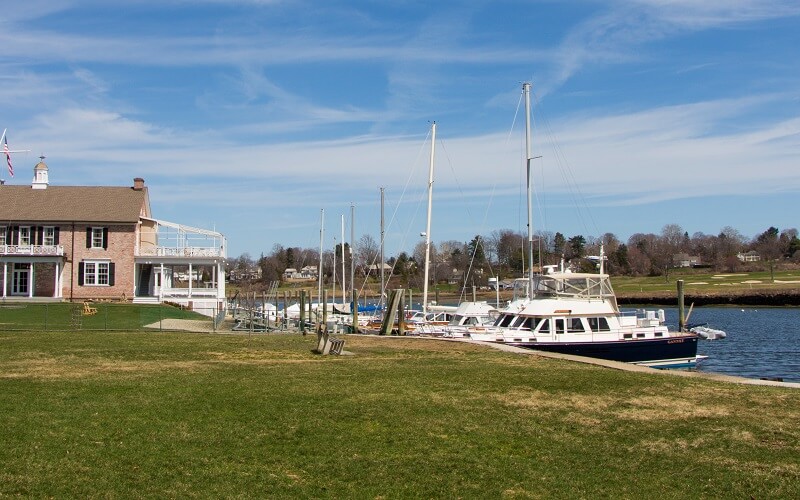 Quality of education is the hallmark of the town, as the public schools in the area are first-rate. Southport also fosters a strong sense of community. Shops and restaurants are conveniently located near neighborhoods, and the town’s plentiful parks make it a great place to live. 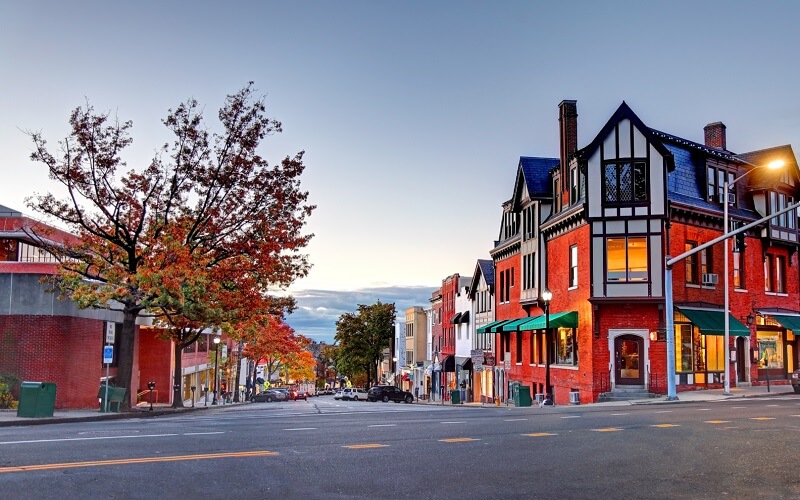 Old Greenwich is a perfect place to raise your family because it’s clean and safe. The town is also close to the es such as Fords Beach, Greenwich Point Beach. It is known for its serene and quiet ambiance, so it’s worth every penny.

When it comes to affordability, Weston comes second only to Weatogue. It’s also a better-known suburb of NYC. If you work in NYC but cannot afford to live there, Weston is a great alternative–it offers a convenient commute to and from the city. Weston’s population is 10,373 people, and most of them commute to NYC for work daily.

Having said that, there is no shortage of employment in the city as well. The low crime rate is the hallmark of Weston, making it one of the safest suburbs in Connecticut.  The average income of a household is $217,171 per year.

Cos Cob is located close to Connecticut’s coast. Though Cos Cob is a suburb of Greenwich, it’s a small town on its own. Almost 6,400 people live in this neighborhood, and it has a very cozy and welcoming vibe. 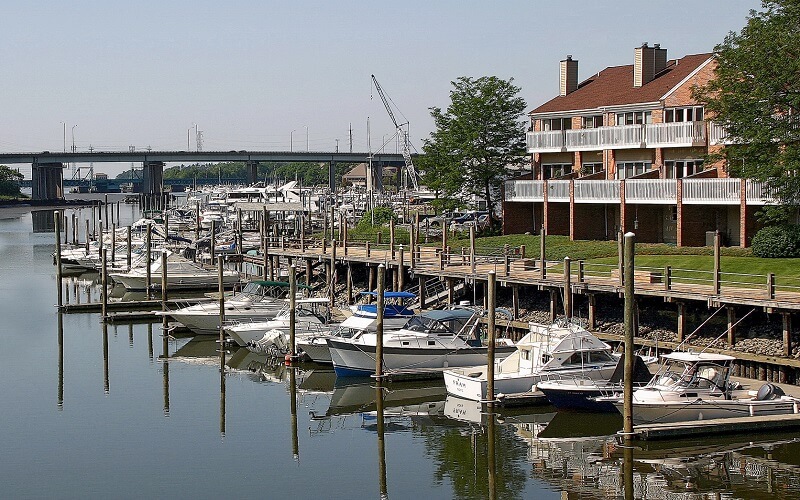 What makes it even more special is the affordability factor. Unlike other suburbs close to NYC, the median home value in Cos Cob is around $900,000. The best thing is that there is enough supply to meet the housing demand. The schools in this suburb are also high quality.

The neighborhood of Fairfield gives a village-like vibe and is one of the most affordable and best places to live in Connecticut. The average home price here is $597,900.  Fairfield has it all: shopping venues, a stunning array of parks, beaches, and music festivals. 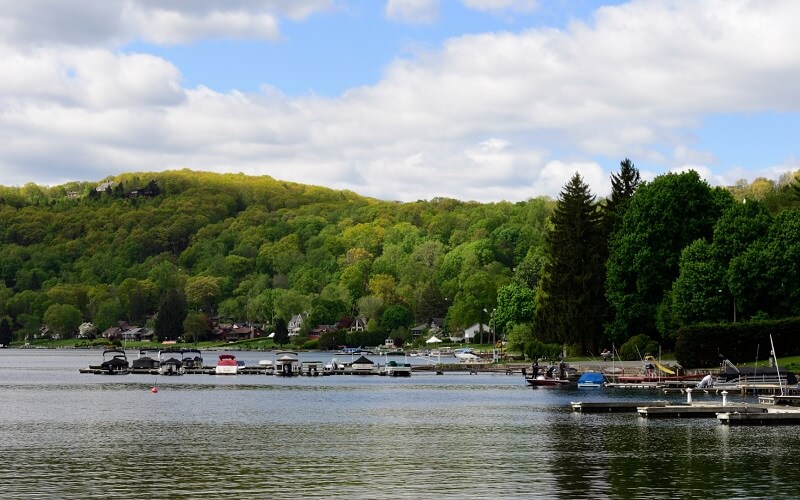 All these features make living a treat for the residents and the thousands of tourists that flood the area year-round. The crime rate is very low. The town is perfect for millennials, retirees, and families.

If you’re looking for neighborhoods in Connecticut areas, Newfield is one of the very best on the list. The population of Newfield is 24,755 residents. There are plenty of entertainment venues and restaurants in Newfield to keep you entertained.  It has everything that one might look for in a city, with the exception of high-ranking schools like in neighboring cities and towns. Newfield also has a very low crime rate.

Weatogue is one of the smallest towns in Connecticut with only 2,935 residents.  Weatogue also has some of Connecticut’s best schools and several beautiful parks.  The town also has a very low crime rate. Weatogue’s streets are popular sites for festivals all year long, such as music festivals, fairs, and parades. You’ll also find friendly neighbors in Weatogue, and it’s the epitome of a small-town vibe.

The city of West Hartford has a vast population of 63,000 residents, and there’s something in the city for everyone to enjoy. The city has some of the best schools, outstanding restaurants and bars, and affordable retail shops. The crime rate is low, and most households earn a median income of $90,000.

One of the nicest towns in Connecticut is Avon, which is located near Simsbury, West Hartford, and Collinsville. Avon has a population of 18,381, which does not make it one of the biggest cities in the state, but it is charming all the same.

The average home price in Avon is $378,000, but considering all the perks that come with living in the city, the price is hard to beat. The crime rate is almost extremely low. The town of Avon also has a good school system.

When it comes to the best towns in Connecticut, New Canaan comes in at number two on our list. Even though New Canaan lies within Connecticut’s state lines, the city is considered a suburb of New York City.

The only drawback of why the city didn’t rank in the first place is the seven-figure price tag that comes with nearly every home – the average home price in New Canaan is $1,332,000. The city offers a top-rated school system, and most New Canaan residents are able to find work that allows them to live a comfortable life.

Glastonbury is a city that has much to offer its residents – the recreational opportunities of a big city, lots of amenities, attractions, and a friendly vibe. In addition to all of this, the schools here rank as some of the best around. The median income is $111,645, and the crime rate is very low.

These are some of the best places to live in Connecticut, but that’s not saying there aren’t more great cities in this state.  Do some research into the nicest towns in Connecticut to explore what else the state has to offer.