New York City epitomizes a modern lifestyle. Living in New York City means luxury, convenience, quality, and, above all, variety. NYC is full of so many options that if you’re looking for a customized home, the odds are in your favor that you’ll find exactly what you’re looking for on the market. One may consider apartments or large single family homes, but don’t discount the uniqueness of a duplex.

What is a Duplex House?

When two separate housing units share a common wall, a housing structure is called a duplex. Duplexes are commonly considered multi-family homes since the building has multiple units. These units can be side-by-side or one can be built on top of the other. 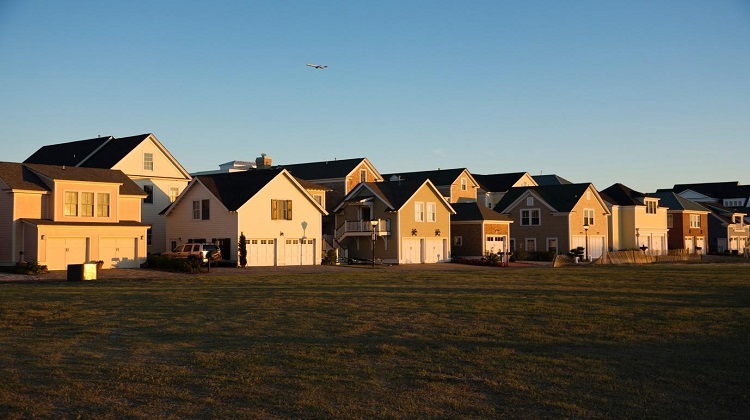 In addition to this, each housing unit has its own private entrance and exit way; there typically is no shared space or common areas. However, in some cases, there may be lawn space or other parts of the lot that can be used by both sets of residents or partitioned for additional privacy.

It is also important to note that duplex buildings and twin homes are not one in the same. Twin homes also share a wall but are built on separate lots while a duplex house is built on a single lot.

What is a Duplex Room?

Like a duplex house, a duplex room is a two-level room consisting of one bedroom on one floor and another bedroom or living room on the second floor. It’s best suited for families that have small children with earlier bedtimes. Because of the duplex room style, there is more silence and comfort for everyone.

What is a Duplex Apartment?

A duplex is a kind of apartment where there are two adjacent units in one building. There is no set pattern if they are arranged side by side or on top of each other.

Most of the time there are separate entrances for each unit, which maximizes the privacy of each family. The square footage of both units tends to be the same.

You may also find three or four units per building (referred to as a triplex and fourplex, respectively) but a duplex is one building that only has two units.

What does Duplex Mean in NYC?

The term ‘duplex’ in the real estate sector can be quite vague and can mean different things. It is attributed to a different floor plan in NYC than in other locations. Generally, in other places, it refers to two separate residences that are connected by a shared wall, side by side. 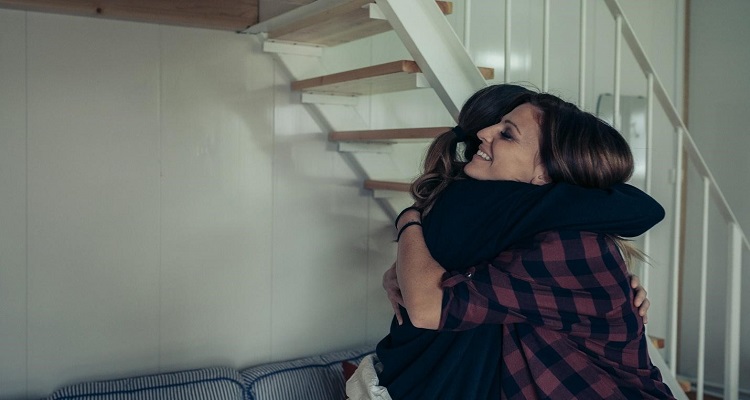 What Are the Types of Duplex Houses?

There are three types of duplex houses:

This type of duplex house features a garden and bedrooms on the lower portion and the kitchen and the living areas on rooms are located above it. These duplex houses are usually preferred by residents who like to have a garden and/or have pets.

Standard duplex houses consist of two stories. The building’s lower story usually consists of the living room and kitchen while the upper portion of the building is where bedrooms and bathrooms are located.

This duplex design includes an attic on the top floor and spacious balconies. Low-rise duplexes are usually built on smaller lots. 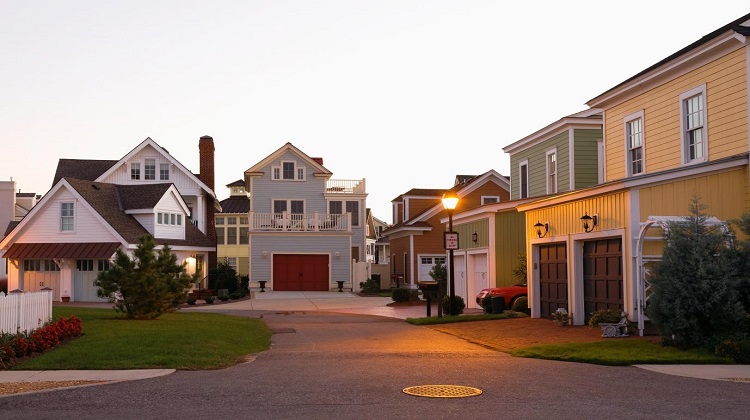 There are several factors that can impact the number of rooms a duplex house has. These include:

Duplex floorplans are generally not elaborate; they usually consist of bedrooms, a kitchen and dining room, a living room on one floor, and the master bedroom on the other floor. Moreover, one can choose different floorplans with varying numbers of bedrooms.

Duplex houses are generally located in larger cosmopolitan areas instead of in suburbs. They also vary in square footage depending on the neighborhood in which they’re built.

There are several benefits in choosing a duplex house, especially if this is your first house purchase. These benefits include:

Despite the advantages, there are a few drawbacks with duplexes:

What is the Cost of Constructing a Duplex House?

The cost of building a duplex varies based on its layout and the city where you are building. Here arises another critical question: It is possible to convert a duplex house into a single house? The answer is yes. Duplexes can be converted into a single home just by removing the shared walls and combining the rooms into one.

Converting a duplex will still require that you work with a contractor and other professionals on the final floor plan.  For instance, you won’t need two kitchens or living spaces once you convert the duplex into a single-family home. With that in mind, you’ll want to confer with plumbers, electricians, and engineers about removing walls, pipes, and wiring that’s no longer needed after the rooms are combined. 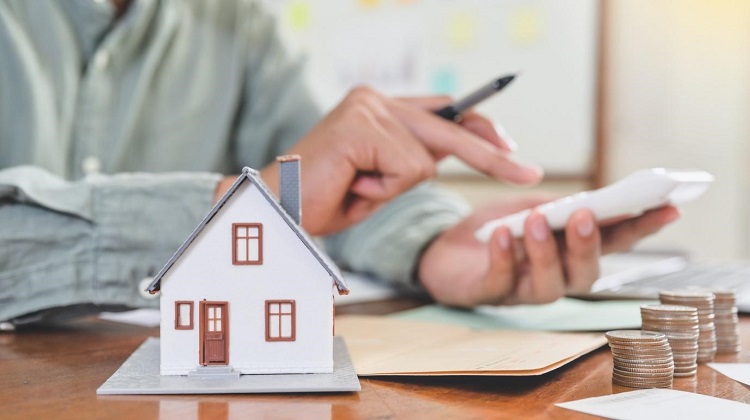 Many people invest in duplexes for investment purposes. But, if you need to sell your duplex property, where it’s located and the listing price will dictate how long it remains on the real estate market.  This is usually because potential buyers are looking for smaller rental units in which to invest due to budget constraints.

Although duplexes may consist of a two-story unit, all two-story buildings are not duplexes. The prerequisite for duplex is that both units have to be connected mutually while there is no such condition for two-story houses as they can be separate and independent.

A villa can be a single or two-story house. Another difference between villas and duplexes is that the villa is usually bigger than the duplex. Moreover,  a villa may have a gym, pool, or other amenities that are not included in a duplex house. Villas are often bought and kept as vacation homes by the wealthy.

Duplex houses have more square footage than flats, so you can expect to have more maintenance expenses.  Additionally, since duplexes have two units, you are likely to have a neighbor. Living in a flat means having neighbors on both sides of your unit.

The significant difference between a duplex and an apartment is that of ownership. In a duplex building, both units are owned by one person, while an apartment building is usually owned by a corporation or a management company.

Independent house dwellings such as condos, villas, or penthouses can vary in the number of floors an individual unit may have, while duplexes generally only consist of two floors.

Duplex VS Half Duplex

Duplexes From An Investment Perspective:

A duplex is an attractive option from an investment point of view. Its separate entrances bolster an element of privacy a tenant doesn’t have in a traditional apartment. Also, the duplex owner may rent out the extra unit while living in the other.

This not only allows for a handsome return against the mortgage, but it’s also a lot convenient to manage the rental unit next door. Of course, the owner may also rent out both units and choose to live somewhere else.

Brighter Sides of the Duplex:

Living in a rental building can mean crowded and noisy spaces due to the number of people living close together. However, in a duplex, you only have to deal with one family which may be the building’s owner.

Duplexes give you the option to experience rural life while living in the center of the metropolitan city. You can cultivate new relationships with neighbors without compromising your lifestyle.

The Downside of Duplex Life

Oftentimes you have to share a common area such as a yard or driveway with your neighbor. This may be a challenge as everybody is not comfortable with sharing. In some cases, your neighbor is going to be the landlord. In a duplex, you also live closer to your neighbor than in an apartment. This could be tough if the neighbor is not cooperative or friendly.

As it is a private residence, you will also have to do all of your landscaping such as snow shoveling and gardening.

Is a Duplex a Multi Family Home?

Given the fact duplex houses have two separate units on one lot, they are considered multi-family housing.

Are Duplex Houses Better than Apartments?

What is the Difference between Duplex House and Normal House?

A duplex is different from a normal house as a duplex has two dwellings under the same roof while a normal house contains one dwelling under a single roof.

Is a Duplex House Expensive?

Since a duplex contains two units, it is likely to be more expensive than a single family residence. But given the fact that you can rent a duplex as two separate units, you may recover the cost sooner or you may reside in one and rent out the other unit to generate rental income. Duplex is expensive but it makes sense to invest in duplex.

Is Living in a Duplex Worth it?

The simple and straight answer is yes, any day! When you’re looking to rent a place in NYC, you are likely to have a lot of options ranging from standard apartments to duplexes. But duplexes are a popular residential option in NYC. They are no less than a standard home as they generally include basic options such as a yard and garage. Additionally, your privacy is never compromised as there are separate entrances.

From an affordability perspective, it extends the luxury to live in an expensive location for affordable rent. Additionally, you are likely to have a spacious outdoor space. Always consider your housing needs before renting a place no matter what type of housing structure it is.

Duplex houses are great options for anyone who wants to buy and live in a house but has trouble managing the monthly mortgage payments on their own. In a duplex house, the owner can live in one unit and rent out the other as a way to supplement the monthly cost. A duplex can also be converted into a single-family home later if the owner chooses to do so.

Unincorporated Community: What They Are and Why They Matter

What is Home Appraisal – Here’s Everything You Need To Know?